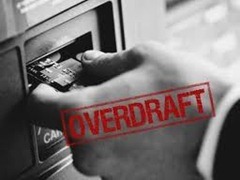 Overdraft fees have the capacity of inflicting serious financial damage on those people who can least afford it. The bureau wants to learn how consumers are affected, and how they are able to anticipate and avoid penalty fees.

The banking industry says it offers overdraft protection plans to spare the embarrassment consumers have of being denied purchases because of their overdrawn accounts. Bankers suggest that consumers would rather pay a fee, a rather hefty one, ranging from $30 to $35 to allow the transaction to go through. These fees can quickly turn your $3.00 daily cup of coffee into a $40.00 or more nightmare.

The Federal Deposit Insurance Corp. found in 2008 that consumers who overdrew 20 or more times per year paid an average of $1,610 in overdraft fees. That report spurred anger in Congress and among consumers and helped spur the Federal Reserve to make the first big changes to overdraft plans in 2010.

The Consumer Financial Protection Bureau’s goal is to ensure that consumers clearly understand the fees their bank charges for overdraft protection. They also want the banks to stop the practice of clearing the largest transaction first, thus causing many small transactions to incur many individual overdraft fees.

An Ounce of Prevention

Being a consumer myself [obviously], and having experiencing the agony of seeing your $1.00 movie rental soar to a $36.00 movie, I have an intimate knowledge of how these fees affect your life and psyche.

Personally, it only took me acquiring a few very expensive overdraft fees to realize that if I don’t watch my money, no one else will. I now keep daily tabs on my bank balances, if I happen to incur an overdraft fee I now accept responsibly for my actions, or lack thereof.

I also purposefully “opted in” to being charged my bank’s hefty $35.00 per transaction overdraft fee, because there are those RARE occasions where there’s more month than money left and I have the ability to “strategically bounce a transaction”. This is the practice of going to the grocery store buy all the groceries I will need until payday, run my card as a debit, and get say $200.00 cash back. One transaction, one overdraft fee. Much less expensive than a payday loan at 540% APR!

Knowledge is POTENTIAL power. It’s only good if you use it. Get to know your bank and its fees. It is YOUR responsibility.