Most of us understand correct money principles, but struggle to consistently implement them in our daily lives. 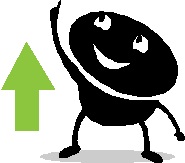 Keeping the following principles in the forefront of your financial awareness will help you act on your money sense:

1. It’s not how much you make, it is how much you keep. Saving more than you spend will make you financially secure – it makes doubly sure that your lifestyle remains within your level of income. Also make sure to increase the amount you put back into savings each time you get a raise or a bonus. Even if the initial saving is as little as $50 a month, the figure will multiply exponentially with interest. Take advantage of the nation's highest earning savings accounts – compare savings rates here.

2. Following a budget brings freedom to spend your money for more important and rewarding things. While drawing up a budget, it is important to make up a list of key expenses and then prioritize them. This will help you figure out the seemingly small amounts of money spent on unnecessary purchases,  as well as put away enough money for that dream vacation you’ve always wanted. Also remember to leave some room for contingencies.

3. Tracking past purchases is not the same as budgeting, since it doesn't take into account unexpected emergencies. It is, at best, a method that can be used to calculate your average expenses. It can, however, help you figure out if you really needed that second briefcase or that faux-fur jacket, or any of the other many spur of the moment purchases that don’t seem like a big deal at the time.

4. Most people tend to spend based on their emotions, rather than on logic. I know you’re the exception, but think about it. Women who are depressed gravitate towards chocolate, men towards sports gear and heavy equipment. Why else would retailers spend millions on researching the right color, ambience and even smell of their stores each year? If you don’t believe me, try explaining the alarming amounts of cheesy-looking kitsch that get sold each year? Or that awful plastic plant you saw in your boss’s office…

5. If someone had borrowed, say, $500 from you and not returned it, would you ever seriously consider lending them money again? Probably not, right? Credit scores essentially follow the same principle, which is why it isn’t such a great idea, especially for young people, to start off with debts to pay. For one thing, getting into debt is much easier than working your way out of it. But more importantly, taking on debt at an early age makes it harder to ask for financial assistance when you may really need it.

6. Money itself isn’t valuable but it can be exchanged for things of value. Journalist and novelist Mark Twain famously called it “just a way of keeping score”. However, even those of you who follow his train of thought cannot ignore the fact that $100,000 will get you a much nicer home than $50,000; and a $500,000 home will probably be fancier than the one worth $100,000. If this weren’t true, we wouldn’t have a “luxury” anything anymore.

7. Your present financial situation is a result of decisions you have made and the money principles you believe in and are emotional about. This is a simple fact. If you’re one to believe that money was made for spending, and that only old or boring people save, it is highly likely that you have found, or will shortly find, yourself in debt. At the same time, money was made for spending, so it’s equally important to remember to not squirrel all of it away for a rainy day.