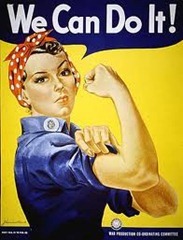 By 2014, women will control 65 percent of global spending and more than 80 percent of U.S. spending. Now you know where all your money will go!

According to She-Economy.com, women account for 85% of all consumer purchases including everything from autos to health care. The following is a list of categories where women had a deciding factor in making the final decision:

American women spend about 5 trillion annually- over half the US Gross Domestic Product (GDP).

It has been long understood that women are to succumb to the preverbal corporate "glass ceiling" where they can only climb so high until they are shut out from any further progression. No matter how hard they work and how productive they prove themselves to be, they are blocked from the top of the company, blocked from the real decision makers.

In the U.S. only 12.6% of corporate board rooms have women directors. Roughly 10% of the American companies, in a CNN survey, have at least 3 female directors on their boards. It is interesting how in a world that is statistically driven and influenced by women, men, still attempt to maintain their “death grip” in perceived control.

If corporate America, being the profit-driven capitalists they are were truly smart, they would have a disproportionate population of top-level female executives and decision maker’s vs. their male counterparts simply because of the fact that women are the key financial spenders and decision makers in America and the world. It makes sense that in the business world women should represent a proportionate population in leadership roles to the dollars that women spend in the marketplace.

Or could it be that because women have such an overwhelming influence on pretty much every aspect of our lives that the male population (consciously or subconsciously) desire to maintain even a modicum amount of control in their worlds and shut the majority of the female leadership roles in the board rooms out.

Corporate America has already figured out that women are a major spending power, which is why most companies market toward the female audience. What they have not yet figured out is that if they dared to increase the female presence in their board rooms, captured the female psyche at its source, it is highly likely that company profits could experience a new explosion of growth.

The banking and large ticket-items industries would greatly benefit by asking themselves the age-old question of “what do women want?” Who better to answer those questions than female board members.

My point in writing this article focused on the female economy is that the banking and lending industries need to realize that women are the new economy, women are the backbone of the new American economic stimulus, and they are the decision makers and the money spenders. Without their influence, the global economy dies.