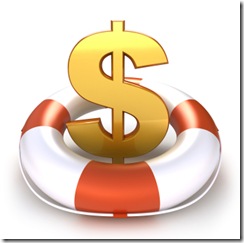 A while ago I was approached by someone who was living paycheck to paycheck who was considering “playing the system," (such as not reporting income tax) when she found out that her husband was going to receive another pay cut.

This extreme situation is wrong to most of us, but people can be pushed to the extreme in some cases. There is always a better alternative to “playing the system." To get out of a bad place financially often is just a matter of changing your mindset about money.

Let’s first of all not glamorize it – “playing the system” is committing fraud. You can be audited and fined. Depending on the situation you can also lose your job or in extreme cases you can even go to jail. Lastly, when you commit tax fraud, you are asking everyone else that does follow the rules to pay more for you. It is not fair.

The interesting thing is that this family made a pretty decent salary – well above the poverty line for a family of five. The father has a job with certain seasons that he made more money and other seasons where they made less. This feast or famine pay structure is difficult to deal with. You have been without for so long that when you do have money, you want the things that you have been doing without, and the money is soon gone.

The mother has two of the young children at home and is halfway through her Masters degree. She thinks that it will be difficult to find work because of her classes and daycare for her children. This scenario can have you shilling out more for daycare.

When I looked at this person’s finances, I found several areas that they could improve on without having to go to drastic measures. The very first thing I saw was that they were getting $6,000 back on income tax return. The simplest thing to do is to adjust your withholdings so that instead of this lump sum, you are essentially getting $500 more a month. If this family had $500 more a month, they would not be struggling as much. That is more money than this person would have made by “playing the system.”

What surprised me was that when I made some suggestions, the mother fought me saying, “But that is the only way I know how to save.” She didn’t want to take advice; she wanted what she thought was the easy way out. Also she wanted her $6,000 tax return every year.

There were multiple suggestions that I made that she could have tried: budgeting, night-time or part-time jobs, second job, seasonal work, etc. Each person in the family has a magnificent wardrobe, but no savings account from regular banks. I kept hearing excuses like, “Daycare would be more than I could afford.” Or, “Budgets don’t work.”

I realized that there is a mindset that she needed to get over. It is one that a lot of us have fallen into. I have noticed that this mindset is not there as much with my wealthier friends and it is there more with my friends who struggle. It is not how much you make: it is a sense of ownership. If someone feels as if things are “out of my control” then that someone will never take ownership of reducing spending, debt or finances.

It is a tough time for everyone. Almost everyone I know has had to make a change in his or her spending habits. However, whether it is not reporting income or not paying the taxes you owe, “playing the system” is a no-win for everyone.

Get out of debt the right way. This family is waiting for a band of pirates to rescue them (aka "playing the system") when they can take the life preservers (budgets, adjusting withholdings, second jobs) that have already been thrown at them. By taking the life preservers, in as little as two-three years when this person is out of debt, she can look back with a sense of pride that she thought about “playing the system,” but instead took ownership and chose to get out of debt the correct way.