The top money market rates for 2011 are far from impressive.

The national average return for money market rate deposit accounts has dropped drastically over the last 2 years as you can see from the chart below: 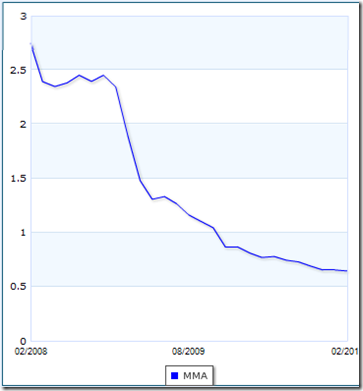 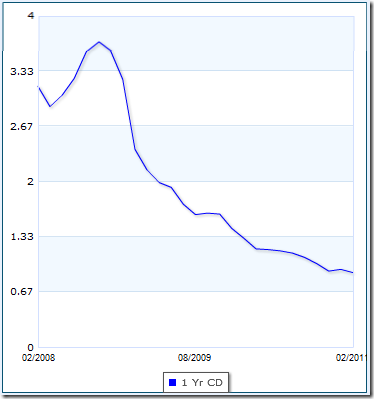 Banks make money from fees, and the difference between the interest rate they pay on deposits and the rate they charge for loans.

While banks do lose money when a debtor defaults, the rate they charge is adjusted according to an individuals credit profile.

To illustrate how banks are making back the money they lost during the housing crisis, here is a chart showing how mortgage rates are increasing even though from the charts above it is clear money market rates are still decreasing. 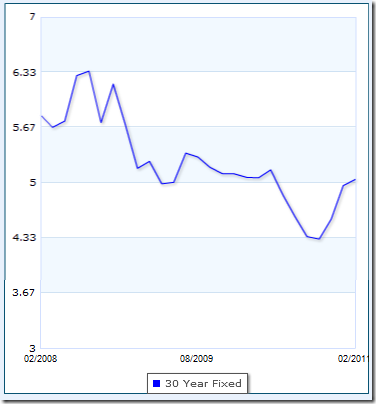 Ever since October 2010, mortgage rates have been on the rise. Thankfully I locked the rate on my new home purchase in October.

There are still ways to earn a high yield on money market rates:

Discover Bank is Paying 1.20% APY with No Minimum Balance